THIS ANNOUNCEMENT AND THE INFORMATION CONTAINED HEREIN IS RESTRICTED AND NOT FOR RELEASE, PUBLICATION OR DISTRIBUTION, IN WHOLE OR IN PART, DIRECTLY OR INDIRECTLY, IN OR INTO THE UNITED STATES, AUSTRALIA, CANADA, JAPAN, NEW ZEALAND OR SOUTH AFRICA OR ANY OTHER JURISDICTION IN WHICH RELEASE, PUBLICATION OR DISTRIBUTION WOULD BE UNLAWFUL. ANY FAILURE TO COMPLY WITH THESE RESTRICTIONS MAY CONSTITUTE A VIOLATION OF APPLICABLE SECURITIES LAWS. PLEASE SEE THE IMPORTANT NOTICE AT THE END OF THIS DOCUMENT.

UNLESS THE CONTEXT REQUIRES OTHERWISE, WORDS AND EXPRESSIONS DEFINED IN THE PROSPECTUS PUBLISHED BY THE COMPANY ON 19 NOVEMBER 2021 (THE “PROSPECTUS”) HAVE THE SAME MEANINGS WHEN USED IN THIS ANNOUNCEMENT.

This announcement is for information only and does not constitute or form part of, and should not be construed as, an offer for sale or subscription of, or solicitation of any offer to subscribe for or to acquire, any ordinary shares in the Company in any jurisdiction, including in or into the United States, Australia, Canada Japan, New Zealand or South Africa. Neither this announcement nor the fact of its distribution should form the basis of, or be relied on in connection with, any investment decision in respect of the Company or its Ordinary Shares.

The Company is pleased to announce that demand has been received for 115,393,127 new Ordinary Shares pursuant to the Initial Placing, the Offer for Subscription and the Intermediaries Offer from a broad range of investors including institutional asset managers, banks, wealth managers, family offices and retail investors. Accordingly, including the 34.6m Consideration Shares to be issued upon completion of the Solar Arise Acquisition Agreement, the Company will have 150.0 million new Ordinary Shares in issue.

“We are delighted to be listing the ThomasLloyd Energy Impact Trust with an expected market capitalisation of $150 million – the first ever dedicated offering on the London Stock Exchange, providing direct access to sustainable real assets in fast-growing and emerging economies in Asia. This reaffirms the increasing appetite for real impact investment solutions that truly make a difference. ThomasLloyd has a demonstrable and successful track-record in this area, having invested exclusively in sustainable energy infrastructure in high growth and emerging markets in Asia for over a decade. We have attracted several high profile investors for the Trust, including large British and European investors, as well as the UK Government via its MOBILIST initiative and have a strong base on which to build and grow the Trust.”

On Admission and prior to the issue of the Consideration Shares, the Company’s issued share capital will comprise 115,393,128 Ordinary Shares, none of which will be held in treasury. Each Ordinary Share carries the right to one vote and, therefore, the total number of voting rights in the Company on Admission will be 115,393,128. This figure may be used by Shareholders and other investors as the denominator for the calculations by which they will determine if they are required to notify their interest in, or a change to their interest in, the Company under the FCA’s Disclosure Guidance and Transparency Rules. A further announcement on the issue of the Consideration Shares will be made in due course.

About ThomasLloyd – an experienced and specialised Investment Manager

The Investment Manager is a wholly-owned subsidiary of ThomasLloyd Group (“ThomasLloyd“). Founded in 2003, the Group is a leading impact investor and provider of climate financing. Headquartered in Zurich, the Group has operations in 16 locations across North America, Europe and Asia. The Group’s Infrastructure Investment Team is based in London with representation in Zurich, India, the Philippines, Singapore and Hong Kong.

Over the last decade, ThomasLloyd has deployed over US$1 billion across 16 projects in renewable energy power generation, transmission and sustainable fuel production with a total capacity in excess of 700 MW. This includes financing and constructing the first utility-scale solar power plant in the Philippines in 2013.

ThomasLloyd is a pure play impact investor and aims to apply a robust, socially and environmentally responsible investment approach that is geared towards reducing carbon emissions and improving economic prospects, while reducing investment risk through diversification across countries, sectors and technologies.

Since 2013, the firm has been measuring and reporting on the impact of its investments, creating an empirical database showing the positive impact of their investments in sustainable energy infrastructure in high growth and emerging markets in Asia. This captures metrics including employment data, gender ratio, health and safety data, security of electricity supply data and environmental statistics and information such as CO2 offset, greenhouse gas emissions, biodiversity information and details on water usage.

Neither the U.S. Securities and Exchange Commission (“SEC”) nor any state securities commission has approved or disapproved of the shares or passed upon or endorsed the merits of the offering of the shares or the adequacy or accuracy of the Prospectus or this announcement. Any representation to the contrary is a criminal offence in the United States.

The shares may not be acquired by: (i) investors using assets of: (A) an “employee benefit plan” as defined in Section 3(3) of the United States Employee Retirement Income Security Act of 1974, as amended (“ERISA“) that is subject to Title I of ERISA; (B) a “plan” as defined in Section 4975 of the United States Internal Revenue Code of 1986, as amended (the “U.S. Tax Code“), including an individual retirement account or other arrangement that is subject to Section 4975 of the U.S. Tax Code; or (C) an entity whose underlying assets are considered to include “plan assets” by reason of investment by an “employee benefit plan” or “plan” described in preceding clause (A) or (B) in such entity pursuant to the U.S. Plan Assets Regulations; or (ii) a governmental, church, non-U.S. or other employee benefit plan that is subject to any federal, state, local or non-U.S. law that is substantially similar to the provisions of Title I of ERISA or Section 4975 of the U.S. Tax Code (collectively, “Benefit Plan Investors“) unless its purchase, holding, and disposition of the shares will not constitute or result in a non-exempt violation of any such substantially similar law.

In addition, the shares are subject to restrictions on transferability and resale in certain jurisdictions and may not be transferred or resold except as permitted under applicable securities laws and regulations and under the articles of incorporation of the Company. Any failure to comply with these restrictions may constitute a violation of the securities laws of any such jurisdictions.

The Issue is not being made available to any investor domiciled in any EEA Member State unless: (i) the AIFM has confirmed that it has made the relevant notifications or applications in that EEA Member State and is lawfully able to market shares into that EEA Member State; or (ii) such investors have received any materials in connection with the Issue on the basis of an enquiry made on the investor’s own initiative.

Solely for the purposes of the product governance requirements contained within the FCA’s PROD3 Rules on product governance within the FCA Handbook (the “FCA PROD3 Rules“) and disclaiming all and any liability, whether arising in tort, contract or otherwise, which any “manufacturer” (for the purposes of the FCA PROD3 Rules) may otherwise have with respect thereto, the shares have been subject to a product approval process, which has determined that such shares are: (i) compatible with an end target market of retail investors and investors who meet the criteria of professional clients and eligible counterparties, each as defined in FCA Glossary; and (ii) eligible for distribution through all distribution channels as are permitted by PROD3 (the “Target Market Assessment“).

Notwithstanding the Target Market Assessment, distributors should note that: the price of the shares may decline and investors could lose all or part of their investment; the shares offer no guaranteed income and no capital protection; and an investment in the shares is compatible only with investors who do not need a guaranteed income or capital protection, who (either alone or in conjunction with an appropriate financial or other adviser) are capable of evaluating the merits and risks of such an investment and who have sufficient resources to be able to bear any losses that may result therefrom. The Target Market Assessment is without prejudice to the requirements of any contractual, legal or regulatory selling restrictions in relation to the Initial Issue or any subsequent placing. Furthermore, it is noted that, notwithstanding the Target Market Assessment, Shore Capital will only procure investors who meet the criteria of professional clients and eligible counterparties.

For the avoidance of doubt, the Target Market Assessment does not constitute: (i) an assessment of suitability or appropriateness for the purposes of the FCA PROD3 Rules; or (ii) a recommendation to any investor or group of investors to invest in, or purchase, or take any other action whatsoever with respect to the shares.

Each Distributor is responsible for undertaking its own target market assessment in respect of the shares and determining appropriate distribution channels.

In accordance with the UK version of the EU PRIIPs Regulation (1286/2014) which is part of UK law by virtue of the European Union (Withdrawal) Act 2018, as amended and supplemented from time to time (the “UK PRIIPS Laws“), a key information document in respect of an investment in the shares has been prepared by the Distributor and made available to investors at www.tlenergyimpact.com. Accordingly, if you are distributing shares, it is your responsibility to ensure that the key information document is provided to any relevant clients. 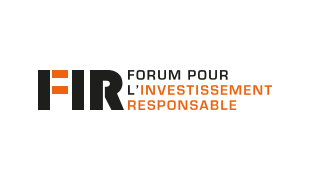 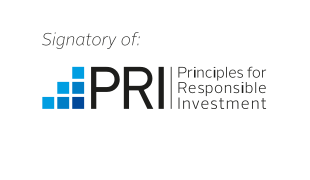 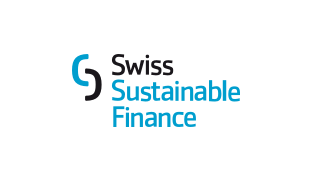 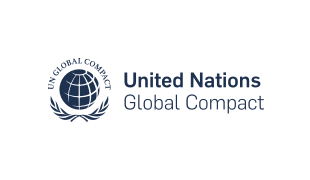 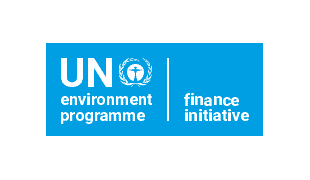 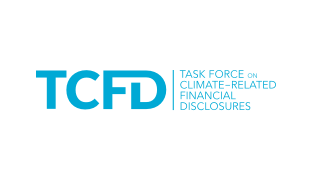 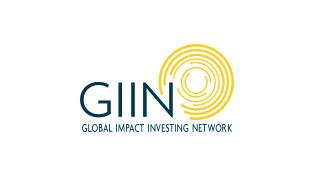 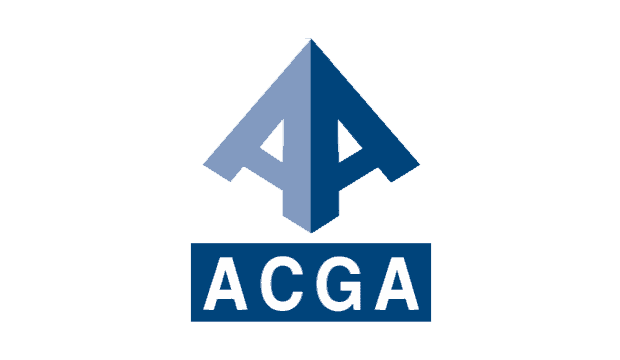 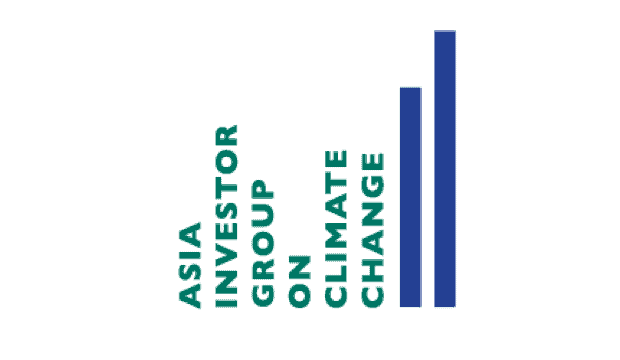 We’ll keep you updated with all of the latest developments with the Trust, as well as occasional alerts about new content from our investment team.

A problem was detected in the following Form. Submitting it could result in errors. Please contact the site administrator.